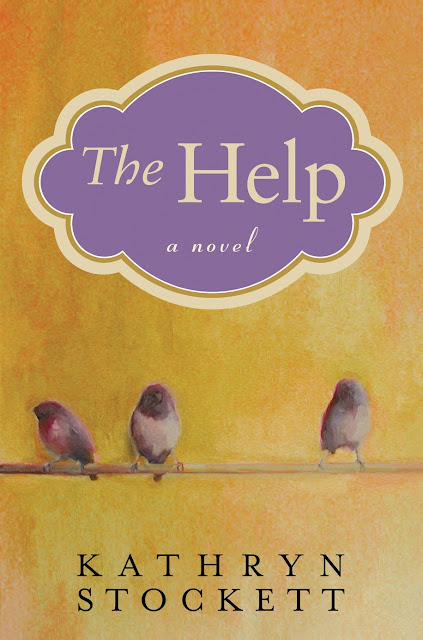 The Help, by Kathryn Stockett is AMAZING! You must read this book - so hard to put down! It was easy to read and interesting. It's a fictional story told from the point of view of the maids (the help) that raised the children in Jackson, Mississippi in the 1960's and offers a point of view that I've never read anywhere else. The characters in the book are so fun and hilarious, and you will become so wrapped up in their individual stories. At the end, it was hard to believe that it was just a book - it seems like all the characters should be real people, and you really get to know them. I was kind of sad they weren't real when I finished the last page. And...let me just tell you, that the "surprise cake" Minnie makes, is the funniest thing EVER and well deserved.  Don't get mad, get even! It will make you laugh, cheer, and cry in a few parts...and surely give you a perspective you may have never thought about otherwise.  Minnie was known for her Caramel Cake, so I decided to make one!

Throughout the book, Minnie, one of the main characters makes all kinds of Southern Cakes. The one that caught my eye that I wanted to make was the Caramel Cake.

I first tried Caramel Cake in Athens, Georgia where I went to college at the University of Georgia.  There are several restaurants in Athens which serve cakes from a local baker, Cecilia Villaveces. She has a bakery in Athens called Cecilia Villaveces Cakes.  I first tried her cakes (and my first caramel cake) at Last Resort Grill and also at Lumpkin Cafe.  I haven't been there in several years, so I'm not sure if they still sell her cakes or not.


I looked online for several Caramel Cake recipes to try. Here were a few I looked at:

I saw on author Kathryn Stockett's website a recipe for the Caramel Frosting from the Memphis Junior League Cookbook. I thought this had to be authentic, and very different from the one on Paula Deens' website.

Apparently, this must be popular because the cookbook was sold out. The Memphis Cookbook, first published in 1952, has the distinction of being the second oldest community cookbook in continuous publication.

I used Paula Deen's Recipe, and here is my masterpiece!

This cake was quite the project and I had to read several of the "reader reviews" of the recipe to make sure I didn't mess it up.
Step 1) Make three cakes from scratch for the layers.  Lot of mixing. Surprisingly, the layers turned out very even and I didn't even have to cut the tops off before assembling.
Step 2) Make the caramel filling and assemble. Boiling sugar and butter to make caramel. Quite the science project.  You must boil/simmer for 3-5 minutes or until it isn't gritty any more.
Step 3) Make the caramel frosting and frost.  Another science project. Let it boil!
Step 4) Add pecans and put in the fridge to set

Here are a few pictures along the way:

I cut a slice after letting it sit in the fridge a few hours and it cut perfectly!  The slice looked awesome.  It is very rich and it's hard to eat more than a few bites though. So will I make it again?  Yes...but it will be a while. Time consuming!
Posted by Jessica at 12:08 AM