The Girl Who Played with Fire - Eat with Greek Dolmas 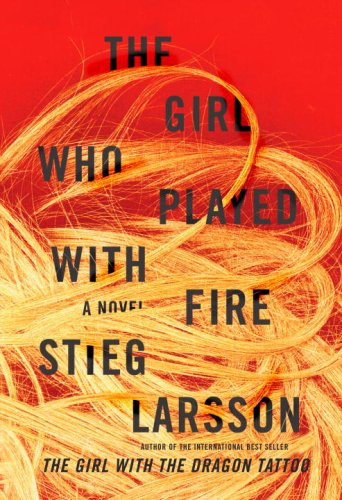 Our October 2010 hostess, Lori of Lori’s Lipsmacking Goodness, has challenged The Daring Cooks to stuff grape leaves. Lori chose a recipe from Aromas of Aleppo and a recipe from The New Book of Middle Eastern Food.

Now, what, might you ask, do Greek Dolmas have anything to do with this Swedish book, The Girl who Played with Fire?

Well, two things, 1) this was the challenge recipe given to me this month from the Daring Cooks, and 2) when I was in Greece in 2004, I remember a lot of Swedish people were there on vacation.

Also, in the book, Faste, one of the side characters, "closed his eyes for a second and thought about a visit he had paid to the police in Greece when he was on vacation some years earlier."

The Girl who Played with Fire, by Stieg Larson, is a follow-up to The Girl with the Dragon Tattoo, which I blogged about in my first post.  This book is a page turner, and I found it easier to read than The Girl with the Dragon Tattoo.  The setting starts out in Grenada, where Lisbeth Salander (the main character) is hiding out.  Quickly, the book turns into a murder mystery with Salander as the main suspect.  The plot thickens...I couldn't put it down.

There are several food references in the book:
1) The strong coffee is still mentioned throughout and well as sandwiches- those Swedes like their coffee and sandwiches.
2) In Grenada, Lisbeth "sat on the veranda and ordered a plate of calamari and chips with a bottle of Carib, the local beer."
3) Back in Sweden, "Mia Johansson cut the cheesecake and decorated each slice with a scoop of raspberry ice cream."
4) Lisbeth is constantly stocking up on Billy's Pan Pizza. This is a real Swedish pizza as I looked up the website: http://www.billys.com/

5) Those cinnamon rolls I blogged about in The Girl with the Dragon tattoo reappear, "....turned to see officer Bubble balancing two cups of coffee on his notebook, with a blue bag of cinnamon rolls from the local kiosk in the other hand."

Here is the recipe I used to make the Greek Dolmas:

I used jarred grape leaves that i found in Whole Food and rinsed them according to the directions in boiling water.

I then rolled them up with the filling, and put them in a pan with some olive oil, lemon juice and water to finish them. I garnished with lemon juice, parsley, green onions and mint. They fell apart a little bit at the end, but they were pretty tasty.

I probably won't make them again, but if you're a Dolmas fan, it really was pretty easy!
Posted by Jessica at 5:58 PM