I started off 2022 with one of the Hemingway novel's I bought after visiting his former home in Key West last year.  A Moveable Feast is a behind the curtains peak into the world of the 1920's in Paris, the cafe's and restaurants and haunts of Ernest Hemingway and his writer pals Gertrude Stein, Scott Fitzgerald, Ezra Pound etc. Hemingway started writing the book in Cuba and finished it in Spain, but it was published after his death.  The best parts for me were hearing about what he ate and drank in these bistros and cafes. 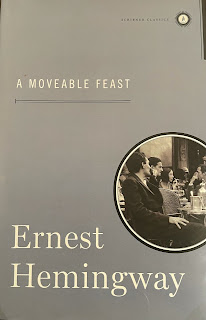 Inspired to make a quintessential French bistro dish I landed on a classic - French onion soup.  I had no shortage of inspiration on the internet recipe troves or my cookbooks, but decided to sign up for an authentic Airbnb online cooking experience live from France.

Emma lives in Nice, France and also runs a bed and breakfast there.  She teaches a wonderful French Onion Soup Class which you can find on Airbnb. No one else ended up joining so I had my own private class with her which was awesome to be able to ask a lot of questions and get great advice. 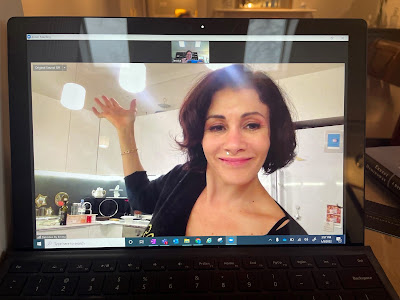 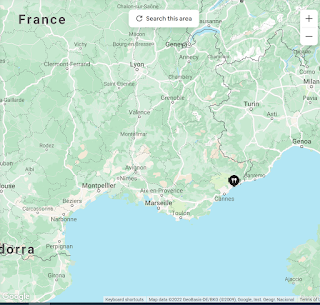 Emma's Recipe is listed here if you want to follow it precisely, but in a nutshell, here is what I did: 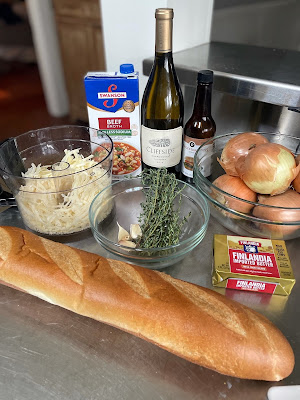 Basic Instructions - for those that need more, again go to Emma's Recipe
Enjoy!
Soup pictured before the big handful of cheese put on top of the bread 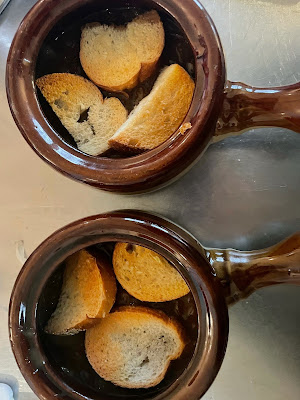